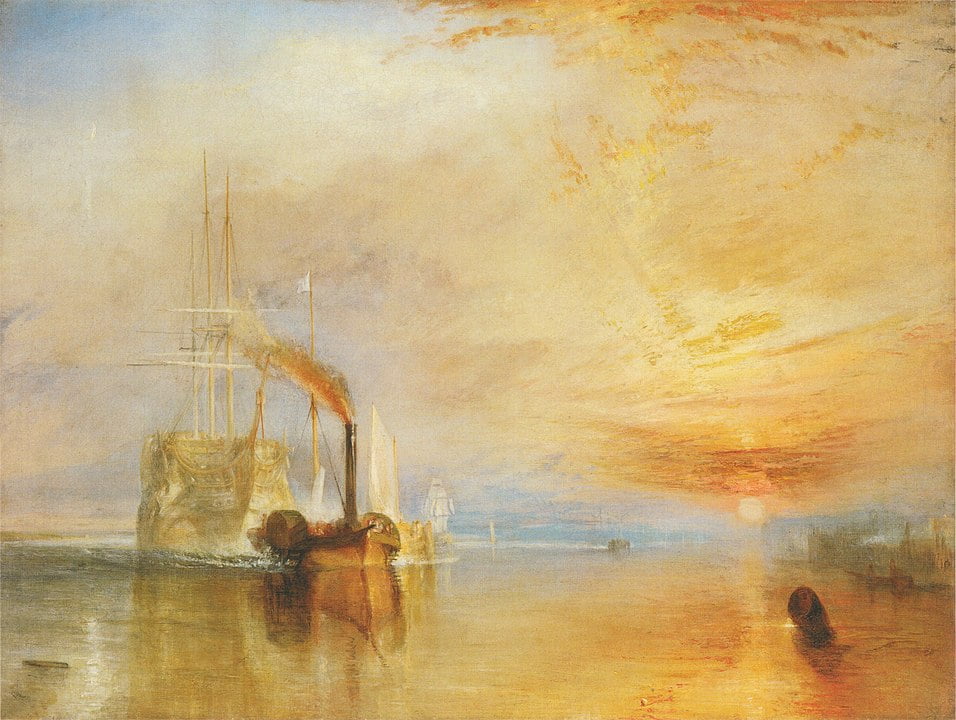 Yellow is such a vibrant color with so much positive energy. It was discovered during the pre-historic era and was used to denote spirituality and hope. However, research says that in terms of a color choice its prominence is by and large a mere 5%. Though this may be the case there were several artists who brought yellow into the limelight; namely Turner and Van Gogh.

It is the most ideal tone coupled with white to create the vibrant glare of the sun or to depict a sun-bathed landscape. Until Turner and Constable started painting landscapes bathed in light, it was not really considered a very popular genre of painting as historical documented art was the favored topic. Capturing natural light in all its magnificence was very important to Turner, in fact he was a master at it. He was so obsessed with a palette of bright yellows and white that he was often referred to as having ‘yellow fever’.

Sir Ernst H. Gombrich, the great art historian explains Turner’s fascination with light: “Turner had visions of a fantastic world bathed in light and resplendent with beauty but it was a world not of calm, but of movement; not of simple harmonies but of dazzling pageantries. Yet he was such a superb stage manager, he worked with such gusto and skill, that he carried it off and the best of his pictures, in fact, give us a conception of the grandeur of nature at its most romantic and sublime.”

The pigments we so easily take off a tube or a pan have had quite a journey to be where they are today. It is said that yellow was made by using animal urine in India. Cows were placed in mango orchards and expressly fed on mango leaves to extract urine. This and other complex methods allowed the creation of the pigment: ‘Indian yellow’ found in many frescoes and temple paintings.

The idea of perfecting the color to identically capture a tone was significantly highlighted through the artistic pursuance of JMW Turner whose creations inspired many and paved the way for ‘Turners Yellow’ to exist in modern times. He was a highly qualified academic with a passion for observing light in all forms and was inspired to frequently use Gambone & Kings Yellow in his creations. His need for creating tools and elements for use while painting was a focal part in challenging existing ideas and products that in turn provided modern times a array of single primary colors. Turner’s early exploits of how to paint the sun and sunlight can be seen in his informal exercises or watercolor sketches. These trials show in detail the expanse of the sky dominated in washed yellow and white.

When it comes to painting natural light and the sun, we are automatically drawn to Turner mainly because of the artists experimental techniques to achieve the final result. To paint sunlight, he used many methods. For example he used radiating circles, swishes, long brush strokes, short broken strokes, thinned washes and thick paint. Sometimes juxtaposing is used to great effect to highlight the brightness of light. Sometimes light is painted as if it’s a solid object we can touch other times its is a slight wash or a bright glare.

Do you paint light? How often do you use yellow in your art? Please do share your thoughts and comments below.