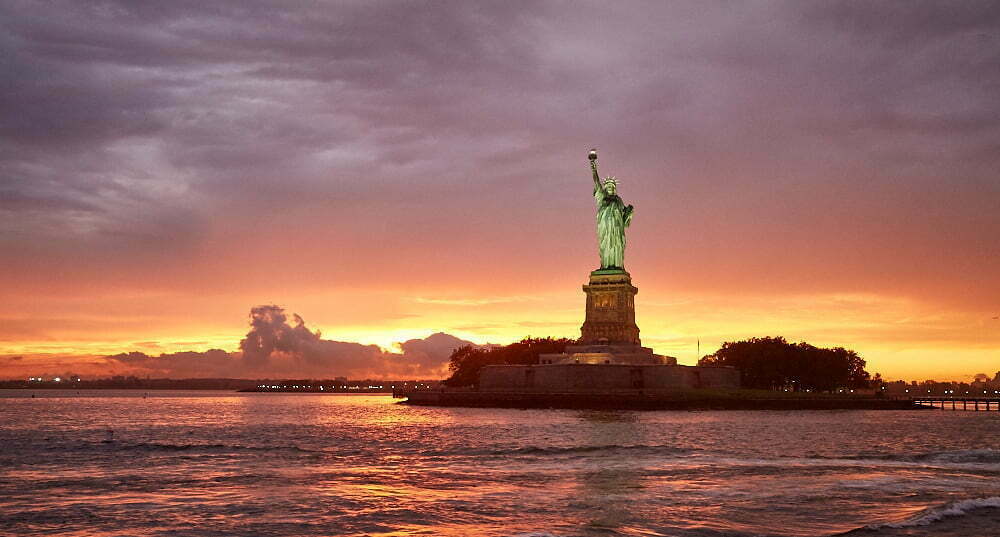 The city of Paris is widely regarded as the City Of Love and the art capital of the world. The Eiffel Tower is the city’s most distinct landmark. It is one of the most visited landmarks in the world, with a little over 6 million people visiting every year.

There are many things about the Eiffel Tower that fascinate artists. At 330m tall, this magnificent tower is an architectural work of art. Gustave Eiffel, the engineer, and designer behind the tower devoted the last 30 years of his life to building it.

Additionally, the view from its many balconies is potent enough to breathe inspiration into any artist. The tower has also become a hotspot for proposals. As of 2018, 1 in 679 proposals posted on Instagram was made in and around the Eiffel tower.

Another architectural work of art is the longest wall ever built – The Great Wall Of China. It is the seventh wonder of the world and is one of the most recognizable symbols of China. It measures more than 21000 kilometers and is about 5 to 8 meters tall.

The wall has strong historical, cultural, and political significance for China. It was built as a military defense line across the northern borders of ancient Chinese states against various northern nomadic groups.

Artists are drawn to this monument because of what it represents. It is a symbol of the unification of China and bears the marks of many wars, skirmishes, and stories.

The Taj Mahal is regarded as a historical symbol of true love. This stunning mausoleum of white marble was built by the Mughal emperor, Shah Jahan in memory of his favorite wife who died while giving birth.

Apart from its rich romantic history, it is also considered the most sophisticated example of Mughal Architecture. Reports say about 20,000 artisans worked for about 22 years to complete its construction.

It makes for a stunning tourist site, and its rich history inspires painters and other types of artists.

4. The Statue of Liberty

The Statue of Liberty is a landmark and monument often seen in paintings. It is one of the most recognizable statues in the United States and was a gift of friendship from France.

Artists love to portray it in paintings because of its significance. It is regarded as a symbol of freedom, justice, and democracy.

How to Start an Art Collection