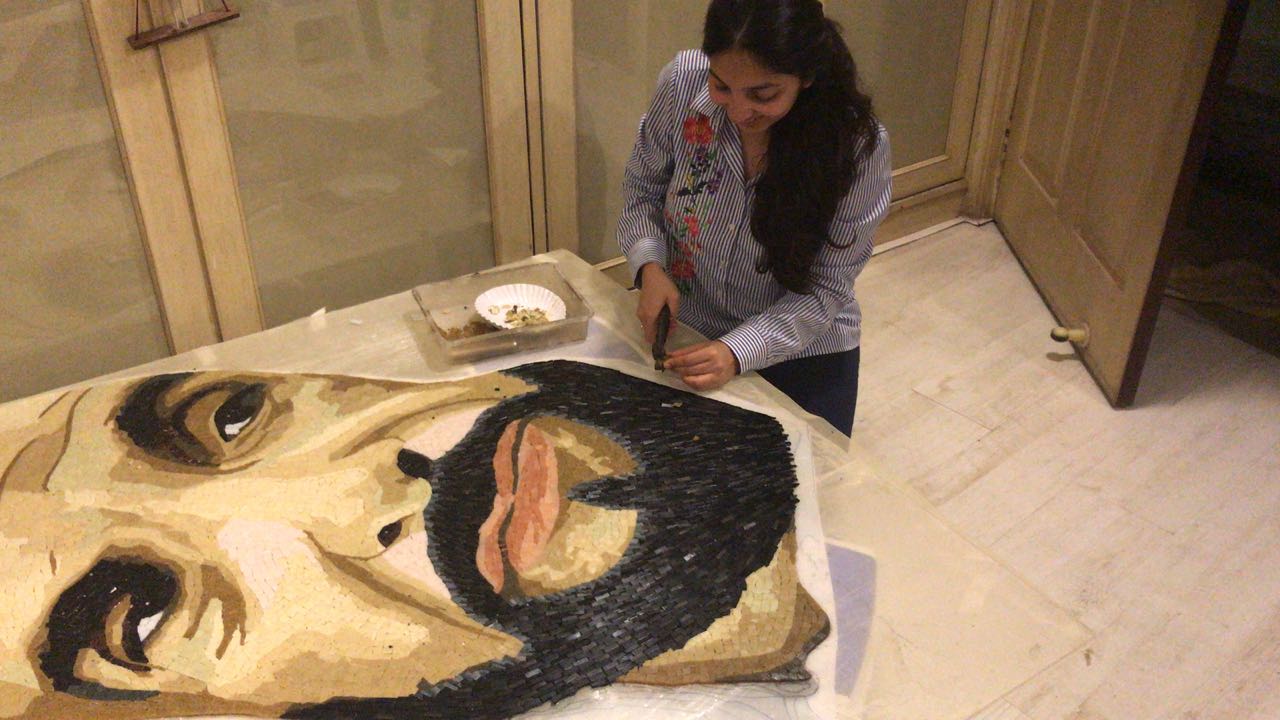 Honoring the Year of Zayed

Read about our recently completed Ramadan project Honoring the Year of Zayed.

The Mosaic art form has a surprisingly long history, dating back to at least 3000 BC in the ancient days of Mesopotamia. Carefully and painstakingly constructed out of hundreds or thousands of small pieces to create vast murals, mosaics have adorned everything from ancient Greek and Roman homes of the wealthy to Christian basilicas to the Umayyad Mosque located in Damascus.

It’s possible that these beautiful works of art were being developed even earlier, but have now been lost to the sands of time. Since these ancient beginnings, the art form spread widely throughout Europe, the Middle East and Western Asia as trade between great civilizations flourished.

Eventually they began to fall out of popularity as other artistic styles began to grow more common with the advent of oil-based paints and the widespread adoption of linear perspective. Yet the mosaic is too beautiful to ever truly disappear and it began to grow popular again in more modern times. The rise of computers and pixel-based screens led to a resurgence of interest in mosaics and the development of related styles such as photomosaics.

Here at Kobo Art, we returned to the mosaic style with an art project during Ramadan that will help a whole new generation of artists and art-lovers appreciate the beauty and rich history of the mosaic style.

The project was part of the Year of Zayed celebration, which honors the hundred-year anniversary of the birth and life of His Highness Sheikh Zayed bin Sultan Al Nahyan, founding father of the United Arab Emirates. The two large mosaics in Abu Dhabi at the Yas Mall and the World Trade Centre Mall were created in collaboration with Indian mosaic artists A & T Cunha. After completing the portrait/faces of the artwork, the mosaics were worked on and finished by Pakistani students Aadil and Usman. These beautiful portraits of Sheikh Zayed are 2.4 m x 1.7 m one done in color and the other in black and white.

In addition to these two large portraits, there were a series of ten smaller works made by Kobo artist Bharathi Sankaran in collaboration with Make-a-Wish Foundation. The subjects of the pictures were chosen by young children diagnosed with critical illness. These were later auctioned to the highest bidder.

The large mosaics were helped by visitors to the malls who were able to make a small donation of AED 5, and in return get to add a piece to the mosaic  and take photographs of themselves with the in-progress mosaic. All funds raised through these projects were donated to the Make-a-Wish Foundation.