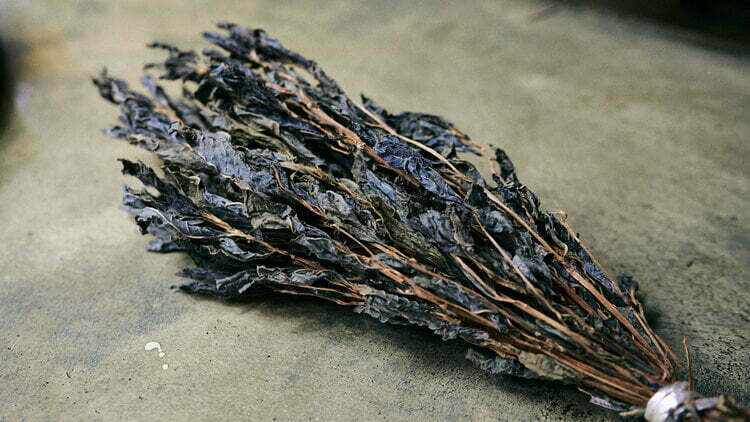 There are many synthetic indigo dyes on the market today, but the original is made from a plant with a long history in Japan.

Indigo or ai is well known as aizome in Japan. Historically, the lower classes in Japanese culture were not permitted to wear brightly colored clothing, let alone silk or finer materials. They were left with only one option, cotton. So aizome, and cotton developed a strong partnership with many traditional hand dying techniques.

By the 17th century, Indigo was widely regarded not only for its vibrant color and durability but also its antibacterial and insect-repellent properties. Aizome clothing, known be effective in odor-prevention, also provided skin relief for eczema patients. Indigo clothing was worn by samurai warriors to prevent wound infections and firefighters preferred it for its flame-retardant properties.

“Awa-ai,” refers to this heritage

The practice of traditional indigo dyeing is referred to as aizome.

The indigo is extracted from the Japanese indigo plant Persicaria Tinctorial. The plant grows for about five months before the leaves are harvested and fermented for three months. The fermentation process produces a material known as sukumo and the vividness of the indigo is determined by the quality of the sukumo. Then wood ash, sake, and wheat bran are added to ferment the leaves. This creates a highly alkaline environment, which activates microorganisms and initiates the deoxidation required to produce the dye. Many indigo products are now dyed with chemicals. The artisans of Japan, on the other hand, work hard to preserve the traditional technique of lye fermentation.

Indigo as a pigment for paintings has a bleak history. The pigment is notoriously unreliable and is only found in water-based paints. The paint seems to fade quite quickly when exposed to light and other elements. 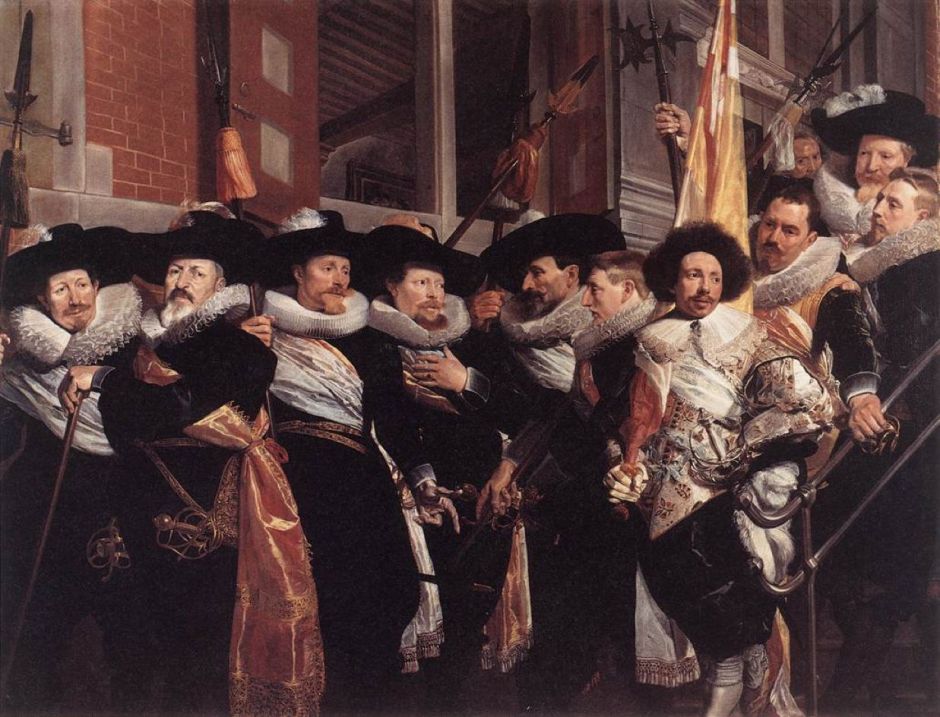 In Hendrik Gerritsz Pot’s Portrait of the St Adrian Civic Guard (pictured above), the bright blue sashes on the men have become almost white as a result of fading of the indigo. 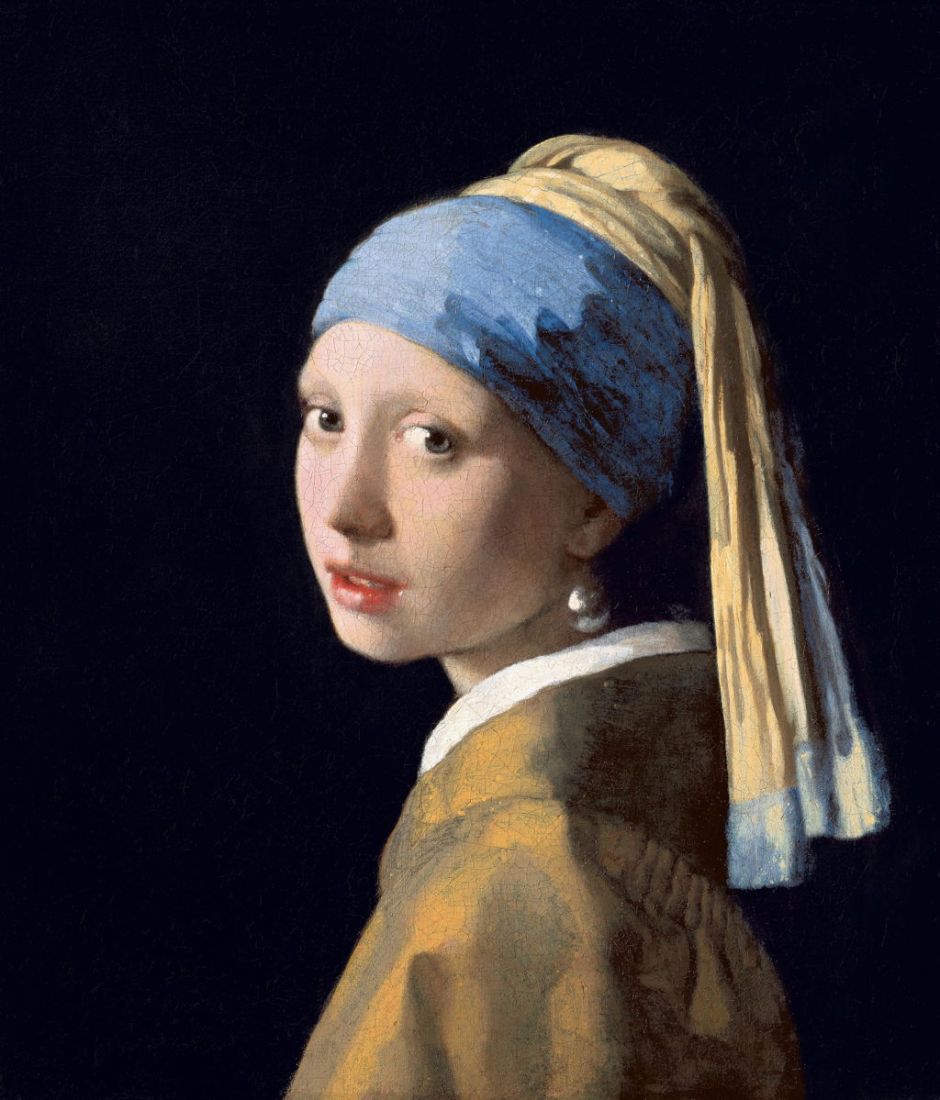 Vermeer did use indigo in his masterpiece Girl with a Pearl Earring (pictured above), however it seems to have faded although not noticeable on the dark background.

Indigo has remained in use in water-based media such as watercolors with those who use it accepting its fading potential. By the late seventeenth century, it had fallen out of favor for oil paints, and when Prussian Blue – a nearly identical color match – became available in the early eighteenth century, indigo was quickly displaced by the new synthetic and more reliable pigment.

That being said however, Japanese indigo dye is prized for both its aesthetic and functional qualities. Both of these reasons are why the dye is used on clothing. Indigo dye is also popular among fashion designers and jean makers because, unlike cheaply produced chemical dyes, this natural plant dye improves with age. Instead of fading to a tired, worn-out appearance, indigo’s organic properties mean that it ages like fine leather.