Adiyabazar Chadraabal was born in Zuun Mod Soum of Tuv Province, Mongolia. His father has been an artist-painter for over 40 years and influenced him to become an artist.   After enrolling at the National Pedagogical University, Adiyabazar relocated to Ulaanbaatar, the capital city of Mongolia. He has regularly participated in the annual exhibition called 'Spring'. This exhibition/ contest is conducted by the Union of Mongolian Artists (UMA) of which he became a member in 2003.   It has irreversibly set his path to become a professional artist. In 2004, Adiyabazar was designated as a board member and head of the Union of Young Artists under the UMA. This opportunity has given him more responsibility to manage and conduct art exhibitions and events among many young artists as himself.         Adiyabazar conducted his first Solo exhibition in 2004 and in 2005 was invited to conduct an exhibition Paris, France. This was an opportunity to explore and admire the world of classic fine art and contemporary art works of master artists and was a great learning experience.   In 2008, the inevitable moment came to his professional artistry and the time to depart from his career in teaching when in 2009, he was promoted to a Director’s position at the National Modern Art Gallery of Mongolia. During 4 years of his employment as a Director of National Gallery, he has conducted a number of exhibitions at the Gallery involving foreign and national artists and painters and created his own artworks when he had a chance.   For the last 16 years, Adiyabazar is creating artworks with a theme of horses in which his childhood love for animals played a significant role. He has conducted 11 Solo exhibitions, over 50 group exhibitions and participated in over 10 International exhibitions. Currently, he works as Chairman of the International Federation of Artists in Mongolia. In 2010, he received the UMA Prize for Artist of the Year for his works. 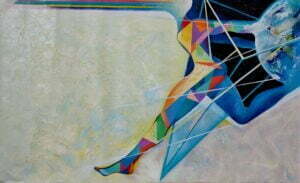 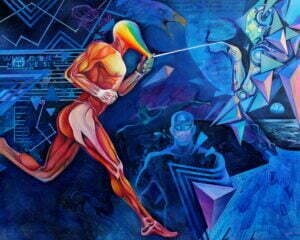